From Warwick to Moscow, the Warwick Thistle Pipe Band to march at the Peace for World Festival in Russia

The Warwick Thistle Pipe Band has been given an amazing opportunity: it has been invited to travel to Russia in April-May 2020 for the two-week long Peace for World Festival.

“We are thrilled to have this incredible opportunity as the only Australian band at the festival,” said Chris Donaldson, Warwick Thistle Pipe Band pipe major.

Participating band members are working hard to build their music repertoire, and their fitness. During the trip, the band will be expected to play in concerts of at least 45 minutes of non-repeated music and to march and perform over distances of between 1km and 4km on most days.

The 2020 Peace for World Festival marks the 75th anniversary of peace in Europe after World War II, with the most monumental event being The March of the Immortal Regiment in Moscow on May 9. Up to one million Russians are expected to participate in this march with 250 million people following the event on television.

In addition to participating in the march, a key objective for the band’s tour of Russia is to engage in cross-cultural activities. The Warwick Thistle Pipe Band performances will give Russians the opportunity to interact with a group of Australians playing Scottish music, and band members will have a once-in-a-lifetime opportunity to spend time with Russian people and learn more about the country’s music, culture and traditions.

The band is working hard on fundraising efforts to send its players to Russia, including barbecues at Bunnings, raffles and market stalls. They are extremely grateful for the support of over 25 local businesses including Warwick Friendly Society.

They have set up their own Gofundme page, for which it is inviting donations: www.gofundme.com/f/banding-together-in-russia. Donated funds will be used to help pay for additional uniform of international standard to wear in the Russian weather and lighter instruments for our children to play in daily long marches.

Warwick Thistle Pipe Band is the oldest and most recognizable pipe band in Warwick, Queensland. Band members range in age from 10 to over 80.

The Band aims are to foster an enjoyment of the piping and drumming disciplines in a friendly, family, supportive environment, as well as performing at a number of community performances to provide Scottish culture to the Southern Downs region and more widely.  Band rehearsals are held at the band rooms in Albert St across from Leslie Park each Friday from 7pm until 9pm.  The Warwick Thistle Pipe Band welcome experienced players and those who wish to learn. Tuition is provided at no cost to the student. 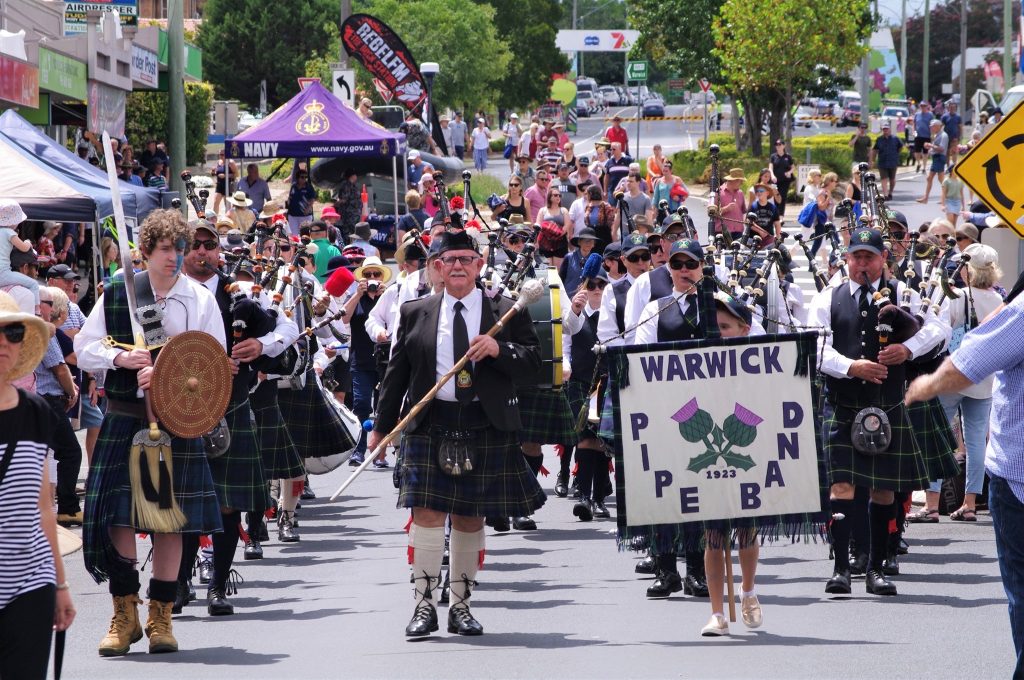 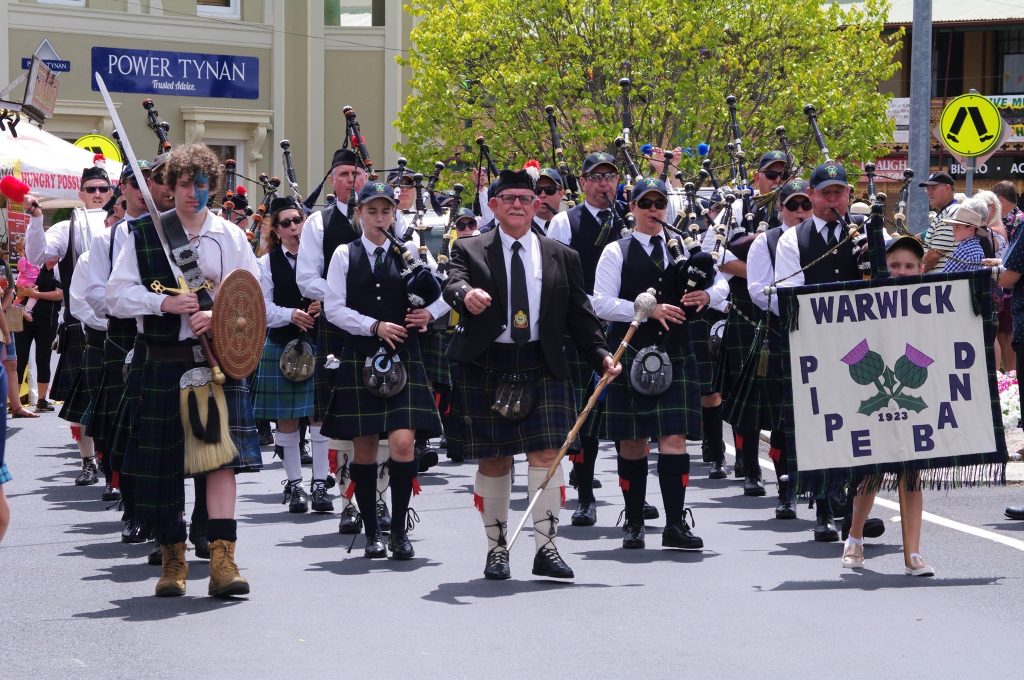 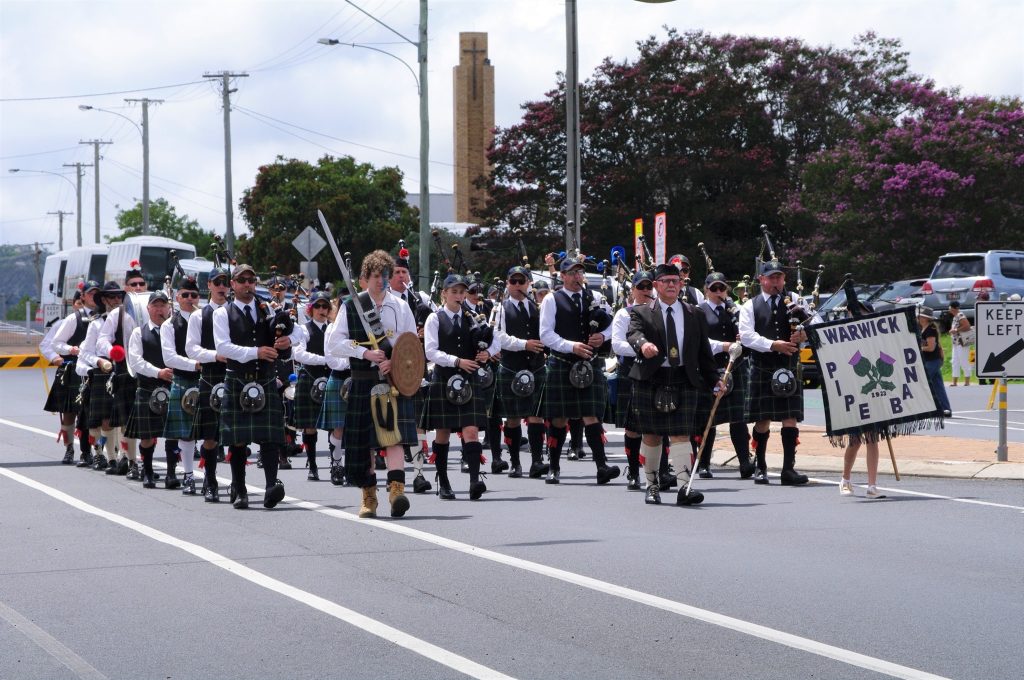 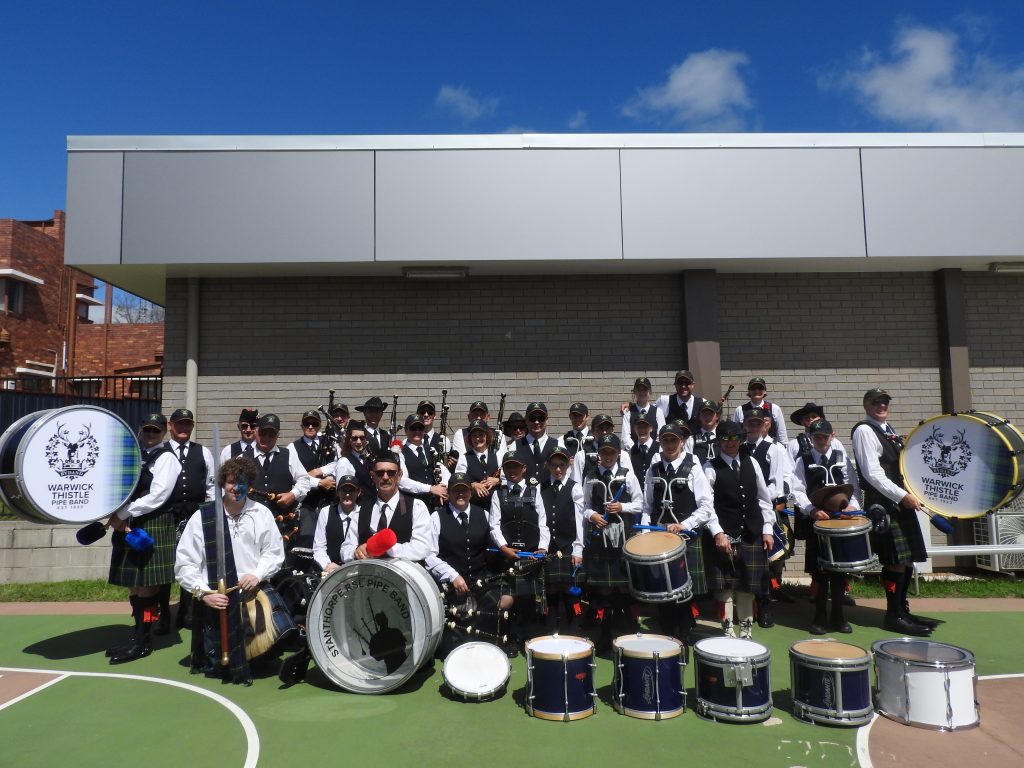 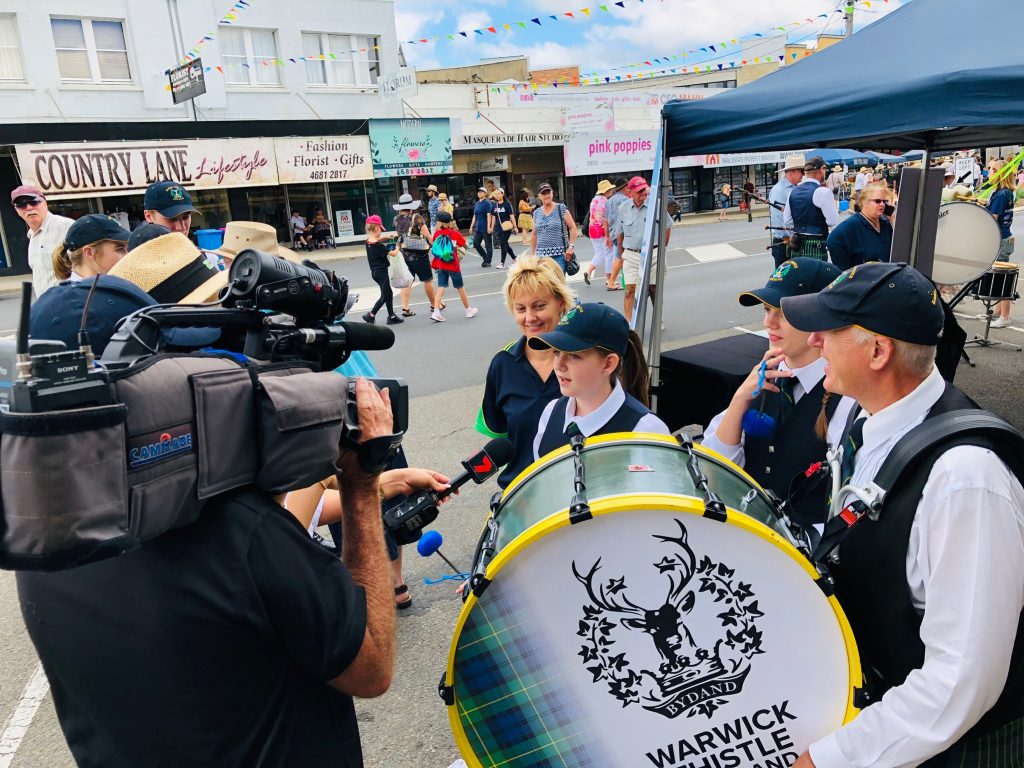 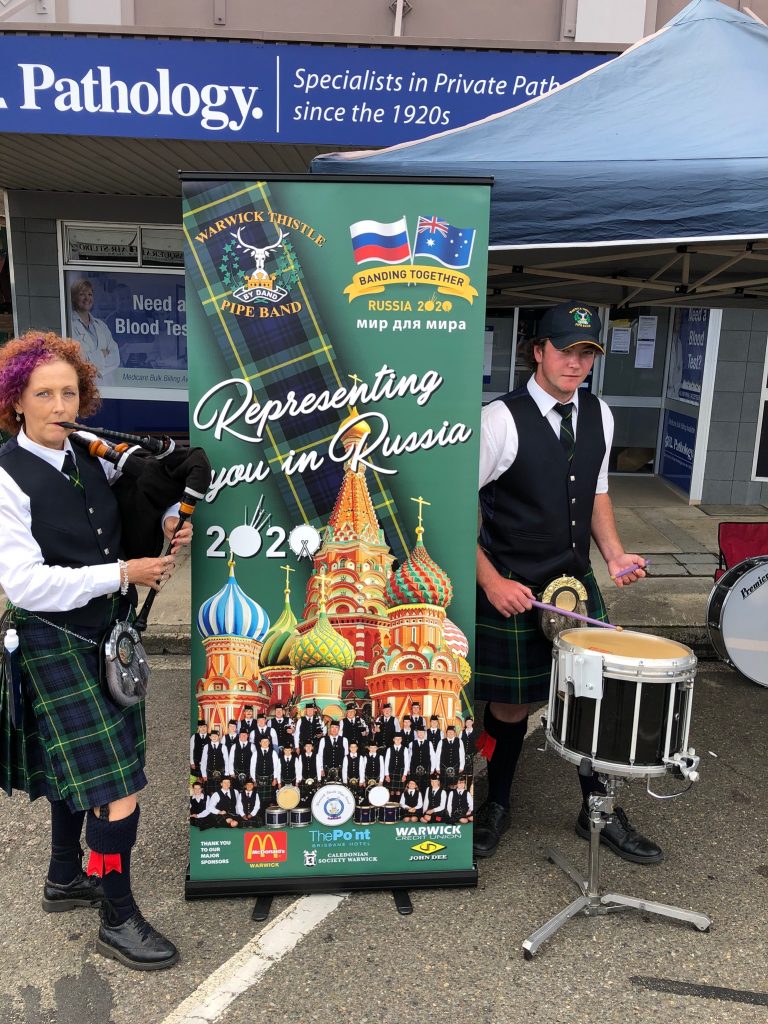