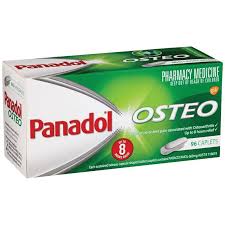 From 1 June 2020, in order to purchase modified release 665mg paracetamol products, like Panadol Osteo, from a pharmacy you will need to talk with a pharmacist. It is important to discuss with your healthcare provider about the best treatment options available to you for ongoing pain.

What is modified release paracetamol?

This includes these medicines:

The changes mean that you will need to speak to a pharmacist to ensure the medicine is appropriate for you and will be used safely and correctly. If a pharmacist thinks that a particular medicine is not suitable for the condition, is unsafe for the person or is being misused, they may suggest another treatment, refuse the sale of a product and/or refer you to a doctor.

We are here to help.